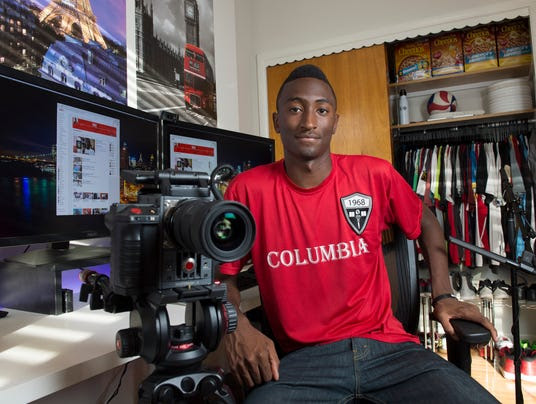 As a CMO, if you are still thinking if you should invest in creating video content, here are some key things to think about:


Today, your customer:
I realise video is expensive. That it requires re-tooling your entire marketing practice, from creating content marketing teams, attracting agencies, freelancers, web teams and what not. But if you aren't doing it today, you're losing out to that start up, which is starting their content marketing video first, while both of you expose your marketing communications to a generation that's leaped the most, technology wise, in the past century, and mows down TV content increasingly, whether on YouTube, Netflix or other mediums they either subscribe to or get for free.
But, think about this- the smartest marketers today are thinking about (and activating) live streaming (with on-line editing and graphics, a la sports broadcasting), building content libraries where videos are 30-second snippets delivering communication objectives snappily. They're building web first, video primary content teams which will deliver a video a week less than a year from now.
On the other hand, if your brand's YouTube channel is full of talking head videos, where someone very knowledgeable goes on about their expertise for 5 minutes straight, and you see the video view retention results and say 'Video- too expensive and no one watches', you will be left behind.
If you think it's just too much work- brief your teams to create just five videos:
I look forward to your thoughtful comments here, or on twitter at @ironymeter.
______________
PS: I realise bullet 2 in the consumer analysis above will raise heckles at TV dependent marketers, who would want to throw study after study at me, at how people still watch record amounts of TV. I've never taken BARC, TAM and equivalent ratings in other countries seriously. Because I still can't believe the most expensive thing in the world- airtime, is still bought and sold like snake oil. Every TV in the world can have a anonymous data capture device, today if they want it. The networks, TV makers and advertisers are complicit, but no one likes to talk about it- that's my conspiracy theory.
Note: The views in this post are my personal opinion and do not reflect those of my employer.