Does Micromax need to do a Lexus?

May 14, 2013
If you haven't noticed, the last couple of months have been great for Micromax. It has launched a handset, the Canvas HD which has been selling in black. If you're not familiar with the term, it denotes a transaction where a middle-man (in this case the retailer) has the customer pay a premium over and above the product's market price. This situation was reserved for Bajaj scooters in the 1980's, film tickets before multiplexes came in, and MTNL landlines. I can't remember a single thing that has sold in such a fashion in the past ten years. In an age of abundance, all you need is a will to buy.

Some of you may think that this was due to poor retail availability. That's true, they launched the handset just following the Chinese new year (China makes 90% of all mobile phones in the world, including Micromax's), and availability was sketchy. Still, for a product to create such frenzy is phenomenal in a market chock full with hundreds of brands and thousands of mobile phone models.

My wonder is however, for a different problem altogether. As a tech enthusiast, I'm routinely asked by those around me about which gadget to buy. Since I feel the Micromax Canvas HD provides tremendous value for money, with features and specs rivaling any of the other top phones, I'd tell people to go buy this phone. While a couple of them did, switching from their initial choices of a discounted iPhone 4 or the new Samsung Galaxy XYZ, others had a single point of disagreement- they 'can't go in for a brand like Micromax'. It's only natural. Micromax has built its pedigree on cheap phones for the masses, churning out one model after another that gave people in small town India a phone that had one redeeming feature- a battery that needed to be charged once a month, a dual-sim phone, or even a triple sim phone before any one else attempted it. They stole the thunder of the market leader Nokia in rural markets, and built a large sales network before the market was awash with cheap chinese imports, and the low entry barriers in the market meant even a phone distributor could launch their own regional brand. 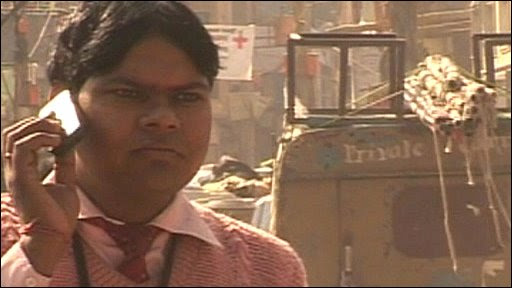 Cut to today- Nokia has fallen by the wayside, Samsung rules the roost, and Apple is fast closing in to swoop in on the high end of the market. There are hundreds of brands, all trying to compete in a market so fragmented there's little to differentiate one brand from another on the lower end. Micromax has held its lead in the third spot, launching a model every three weeks, and working on rapid iterations that resolve issues in the last launch, and getting more market share as a result.

Now, coming back to the Micromax theory. The parallels are there- a challenger brand with a blockbuster product, the only thing stopping it is the legacy the brand has created for itself. Apart from the 'Cheap hai, Chinese hai' values ascribed to the brand, Micromax has little appeal for the yuppies. A youngster from an upper-middle class family or an office goer would be seen not as a part of the clique if they are seen carrying a Micromax phone. While it has built products that catered to the masses, the classes want something more. They want acceptability. While the Canvas HD offers great value for money, the brand stable it comes from offers little else. Customer service perception is dismal, with previous high-end models (from Micromax, this would be a phone in the 9-12k segment) infamous for large scale screen issues. With the Canvas HD however, they've reached a stage they may not have thought of- a phone that has cachet. The Canvas HD is that strange meeting of value, premium and blockbuster specs. It doesn't fall short on any parameter except one- the brand stable it comes from. Thus, my supposition, is it time for Micromax to do a Lexus?

Cut to the United States in the late 80's: Toyota, Honda and other Japanese brands flooded the US market in the late 70's and 80's, challenging local heavyweights such as Ford and General Motors, supplying quality sedans in an era the US market had greatly expanded. While the Japanese brands were seen with suspicion, with sketchy expectations on the quality front, they worked with great care to establish great car marquees that offered the one thing buyers wanted- extremely good value for money. The cars rarely broke down, had cheap parts and labour, and the share of the Japanese grew quickly. With the market saturating, Toyota wanted to expand its offering, and with trade embargoes in place to protect US industry, it was more feasible to export more expensive models to the car market. The competition was tall order- it had to compete with the world leaders in premium and luxury cars- Mercedes and BMW. They were well-entrenched German rivals- with a legacy of decades.

Toyota has so far offered cars that costed less, and cost less to run and own. While these were remarkable characteristics, the average luxury car buyer cared little for them. He wanted comfort, ergonomics, class-leading luxury and a brand with heritage. Toyota as a brand stood for something the masses drove. Toyota understood this too well (Unlike Maruti and Hyundai in India, who are still trying to invade the D segment, Hyundai funnily expanded the name of its premium car to Hyundai Sonata Embera Transform, as if the name would help).

Lexus came out of a long research, not just for the features and design expectations, but because a new Marquee had to be born. The new brand would help it shed off the legacy of Toyota, because the buyers in the premium segment cared little for it, and viewed it with derision.

Lexus launched with the LS400 in 1989, with the car offering features similar or even better than Mercedes and BMW, at a price that was about 40% lower. It was lauded by the automotive press, and till date, continues to be a strong brand in the luxury and premium space. It has helped Toyota move the other way in the brand spectrum, from the maker of cheap sedans and hatchbacks, to a manufacturer capable of producing high-quality automobiles. Of course, the launch of products like the Tundra truck, and the Prius electric car have helped cement this perception. The result- Toyota is the world's third largest automotive brand, and closer home, in India, its cars sell at a premium to other brands.

I think it's time for Micromax to offer a new brand in India, one that appeals to the youth and the office goer. And here are the reasons:


My entire post is not an ode to one true hit from Micromax. It is the belief that the company will have more models that it can sell at such enticing price points with great specs, its already established distribution model, and a certain scale it has already established in its media budgets.

What do you think?

August 28, 2008
For the short period that R69 has been here, we've wondered what exactly is our mandate? For us its simple, to bring across what no one's talking about. The web being what it is, everyone has a point of view. What we bring to you is our take on both events that occur as we speak, and people's take on long-standing principles of m(ass) media, marketing and all other disciplines remotely related. Yes, even psychology would make an appearance in due time. For today, enjoy this vintage cadbury's ad, which is like no other you've ever seen. Its in the Air!
Read more