The Politicos join the party

September 29, 2008
As we worry about inflation, rising input costs and other detrimental things, there are a few things worth looking at-
Ad agencies, who've been looking forward to some business (as always) in these difficult times, have a rather new source to tap. The Indian General elections.
The BJP learnt its lesson well in the 2004 campaign. Under Pramod Mahajan, it used new media pretty efficiently in getting people to hear what the Prime Ministerial candidate had to say, through the internet, mobile messaging and targeted media placements. What happened by the time it all got over was a different matter altogether.
That aside, election advertising is big business. As per reports, the Congress account, worth upto Rs. 150 crores, is being fought over for, as we read. Crayons and JWT are the agencies in the lead, and they hope to help the government get into poll mode.
There are however, a few issues worth looking at. In a marketing company, both the agency executives and the client side managers understand the basic polish communication must have, not too turn off the target audience. In the election campaigns so far, the clear issue that emerges is that they have to be approved by people who understand propaganda well, but do not understand the 'polish'. Ad agencies also give them a rough deal by bowing down and scrimping on budgets to make the maximum money while it lasts.
Result- We have copy-heavy full pagers with all the leaders' anthology placed around like the pantheon of gods India has revered over the years, with a specific interest in letting the people of India know how the 300.2 km long Gangaghat-Yamunasagar canal has benefited them.
Not very palatable for the urban yuppie who treats the election day as just another holiday to sleep late on.
Not very readable by the average man-on-the-street for this lower-than-the-other-segment affinity, or ability, to read.
The BJP brass says in the linked story that they are pretty enthused by the Obama site, amongst others. If they bring up something half as nice, I'll vote for Congress.
The websites will be things to watch out for. Given our politicos liking for color and pomp, it'd be a riot. Keep watching this space for action!
BJP Congress Crayons Advertising Election Advertising in India JWT

November 28, 2018
Companies have spent millions building apps, and then billions (?) trying to get people to download them. The future however, is without apps. It's taking two divergent paths for now, which meet sometime in the near future.


Each of an app's most important functions have to be baked into workflows of other, more popular apps. The same way you get to order an Uber inside Google Maps, or get directions to the cinema hall in the ticket booking app. Context becomes important than the need. There is a reason Google wants you to speak to its assistant to get everything done, or Alexa wants to be your gateway to everything. As technology flattens our interaction with the world (than continue to hold it in verticals of different needs), apps become 'micro services' in our interaction with the world. You and I don't need another twenty apps to get things done. Soon, customers will prefer firms who get things done without exhorting them to download an app sign up, and then ge…
Read more

Five new year resolutions for a social media marketer in 2017

Like every year, you would make a ton of resolutions in the next week, mostly to sigh at them by the end of January. I make them too, and mostly succeed. This year, I want to share some resolutions I made professionally and succeeded at. It helps that I'm a part of a great team, which makes things happen quickly and effectively. More than anything else, we demonstrated value of social media to the business over and over again. Here are my five new year resolutions for social media marketers: Get your CXOs to use Twitter: I still can't believe I have to add this a resolution for 2017. Donald Trump mostly won the presidency of the United States using this one platform! From Baby-boomers to Gen Xers, everyone needs to be on Twitter if they meet customers and prospects. Help them think about this: today, the average CXO pitches their product to a much larger group at their customer's company. If they aren't visible to each member of that heterogenous group on various platf…
Read more 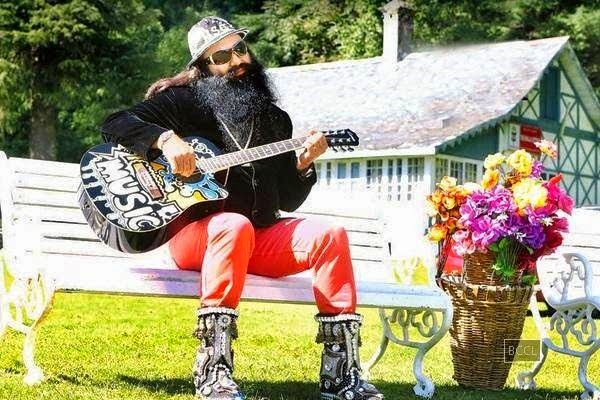 I wrote this post originally as a guest post for a humour blog run by my friend.

There’s something about boogers. You know, those little nasty bits that remain stuck, on the sides of beds, below office tables, deposited in that little gap between your school desk’s drawer and tabletop. Many a childhood’s left indelible marks of nasal waste, marking the passage of time on places you shudder to think about now. There’s a fair chance many among us heard the adjective ‘gross’ for the first time from a member of the opposite sex, when we were busy mining for gold. It stopped us from examining the booger. And it ensured we never found the hilarity of coaxing it out, making it into a little projectile, and throwing it at the bald pate of an angry white man, and laughing hysterically. Until now.
The joke appears twice in MSG- Messenger of God. And like everything else in the film, it results in the exact opposite of what it’s meant to do.
Before you read any further, a disclaimer is necessary:…
Read more